We believe that the way a board is built is as important as the way
it is shaped!

That’s why we put a great effort in selecting the best materials and we try to find the smartest solutions to combine them.

Here are some popular and effective combinations with traditional PU/polyester:

We think that our standard construction is the best combination to get the right mix of performance, durability, and sustainability.
At the same time we are well aware that every surfer has his own vision on how his board should feel!
Some will prefer the lightest possible, some other will prefer the strongest, most lasting one, and so on…

If you are looking for your own perfect balance, we offer a broad choice of  materials, technologies and combinations
that will meet virtually every demand. 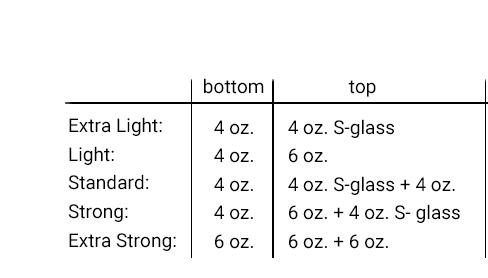 Since several years now, most of our boards feature a double concave deck.

Shaping concaves on the top of the board is not a new idea, but you’ll mainly find single concave decks: a peculiar shape that only suits a certain type of surfers.

The 2ConcaveDeck of our boards leaves a total freedom to shape all kinds of proportions and rail contours, and offers many interesting benefits:

• A slightly lower center of gravity, allowing your feet to be closer to the water, thus allowing a more direct and straightforward push off the board.

• An enhanced ergonomy, with a deck contour that lets your feet sink in and keep the board under control even in the most critical situations.

• A tougher build, as the fibers are forced to work more effectively under traction (rather than pressure) in some of the most critical parts of the board.

As a result the boards are easier to surf, trustier, and they last longer! 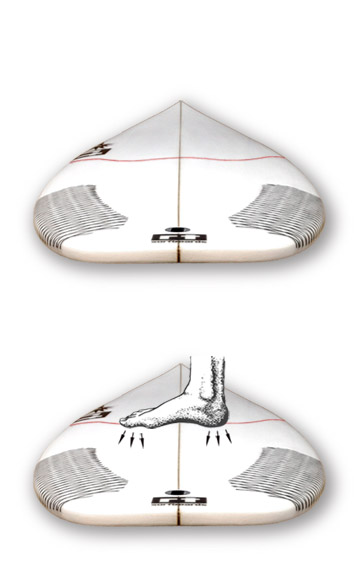 Want to learn more? Get in touch with us:

You can get in touch through our facebook page :
RT surfboards

You can contact us by e-mail.
Use the e-mail if you want to send us an image
or any file you want to share.
info@rtsurfboards.com

Technology mai 12th, 2016adminRTV2
This website uses cookies to improve your experience. We'll assume you're ok with this, but you can opt-out if you wish.Accept Read More